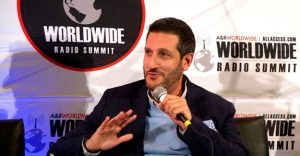 In a major shakeup in the radio news business, CBS Radio News will end its decades-long distribution and sales alliance with Westwood One to partner with Skyview Networks. With the switch, Scottsdale, AZ-based Skyview, a relatively unknown boutique player only a few years ago, is becoming a formidable industry services provider.

In addition to securing a new partner, CBS Radio News has rebranded as CBS News Radio.

The deal came after CBS News Radio considered a shift away from its longtime partner, in the months prior to the expiration of their deal. Cumulus Media-owned Westwood One—the exclusive distributor of CBS News Radio since 1994—was included in CBS’ canvassing of potential partners. (The Westwood One deal officially expires Dec. 31.) Ultimately, the decision to change partners hinged upon CBS’ desire to have more hands-on, direct control of its affiliate relationships and greater stability from its distribution and sales provider, CBS News officials said. CBS News Radio, which reaches 30 million weekly listeners, also liked what Skyview has done during the past three years with ABC Radio, which inked a 10-year contract renewal with Skyview earlier this week.

Skyview has been handling audio distribution, inventory management and sales for the four main pro sports leagues and college sports teams for 22 years.

The new deal is a sea change for CBS News Radio. Currently, its stations are affiliated with Westwood One. The Skyview partnership will formalize a more direct relationship between CBS and the stations that carry its news programming. “This arrangement with Skyview offers us greater control of the distribution process and our affiliate relations, along with a higher upside for economic growth,” Charles Pavlounis, CFO of CBS News, told Inside Radio.

Having more direct contact with and feedback from affiliates—without a middleman—was another attraction. “We can listen to them and be much more nimble in how we look at the products we offer,” said Craig Swagler, who was promoted to general manager of CBS News Radio this week, replacing Constance Lloyd, who is retiring after a three-decade career with the company. CBS News says the new partnership will make it easier to offer affiliates a wider menu of news resources, beyond just radio, and to develop features and other programming to address their needs. For instance, TV news personalities such as John Dickerson could do a direct hit with an affiliate. “It brings the full power of CBS News to our affiliate base with no one else in between us,” Pavlounis said. “It will provide us with the opportunity to integrate not just the radio but all the other assets that fall underneath the CBS News brand.”

Another plus for CBS: The appeal of that tighter connection extends to the ad community. “Advertisers will be able to partner with [CBS News Radio] with a much closer relationship than they have been able to do in the past,” said Ken Thiele, president and founder of Skyview Networks.

Speaking of the benefit of closer relationships, Thiele says the new partnership will be a “game-changer” for Skyview, which flew below the industry radar until it struck a deal with ABC Radio in 2014. The alliance with CBS cements its position as a major provider of “high quality support services to premiere radio brands,” Thiele said.

Skyview will dedicate a separate line of client service directors, inventory management specialists and network sellers to CBS, including a number of new employees it plans to hire.

The new agreement also changes the economics for CBS News Radio. Currently, Westwood pays CBS a distribution fee. Now CBS News will affiliate each station individually, including those owned by CBS Radio, and sell the inventory affiliates provide. “This deal gives us the stability and growth opportunities we were looking for, with a partner we are excited to work with,” Pavlounis said.

CBS and Skyview wouldn’t comment on the financial details of the deal.

Westwood One’s agreement with the CBS Radio station group to distribute CBS Sports Radio and other programming, which extends to the end of 2018, isn’t affected by the Skyview partnership.

While they have enjoyed a fruitful partnership for decades, CBS and Westwood parent Cumulus have also endured some rough patches along the way. Last November Cumulus and CBS Radio settled a years-long contractual dispute with Cumulus paying CBS Radio $13.3 million. The hefty settlement resolved “longstanding contract disputes regarding multiple relationships with CBS Radio,” then-Cumulus executive VP, treasurer and CFO John Abbot said at the time. Those agreements covered a range of properties that Cumulus syndicates through its Westwood One network, including the CBS Sports Radio network, CBS News content, the Carson Daly radio show and other content and inventory relationships.

With a new partner in tow, CBS News looks to edit and refine its programming to meet the needs of affiliates in different formats. For example, to grow its base of music radio affiliates, the news network is working on a one- or two-minute version of its signature top-of-the-hour five-minute newscast. It’s also evaluating opportunities to integrate a sponsorship directly into the newscast. “It’s all about servicing the affiliates,” Pavlounis said.